Contract or full time | what are the risks and consequences? 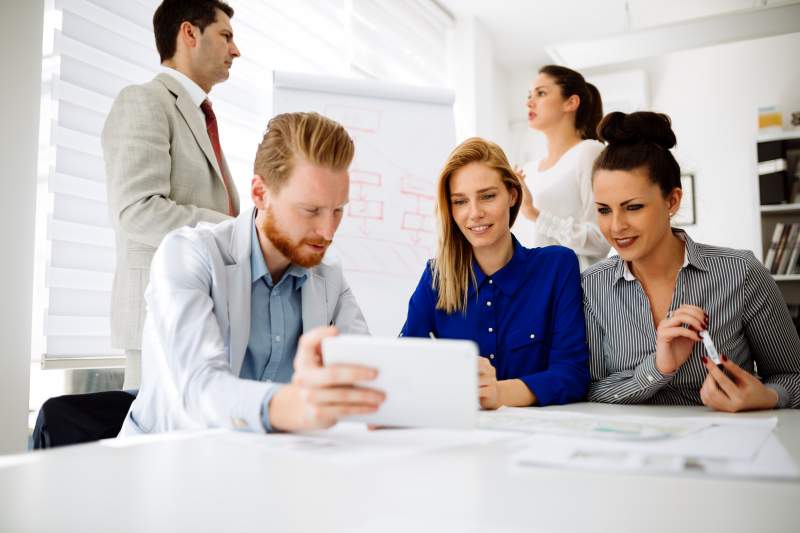 It’s the age-old divide which has caused a bit of a stir in the corporate world: to contract or full time ?

What do I mean by this? Let me paint a picture for you.

A professional one day decides that they’ve had enough of the corporate life. They decide to head out on their own – to start a new venture as a sole trader – for want of a better work-life balance and flexibility.

Their little business takes off, and they soon get a few stable clients in their portfolio. One particular client peppers them with regular work; about 30 hours a week. The client is happy; they can get good quality work without having to sign a contract, pay super, leave, entitlements and so on. The sole trader receives the flexibility they so longed for and can continue to work in their tracksuit pants without having to hustle for more work. They’re also getting paid much more than they were at their previous full-time role. Needless to say, the sole trader is happy too.

Within a matter of a few short months, the contractor finds them working almost exclusively for that one client. They’ve become part of the team. The contractor has slowly assimilated into the everyday working environment of the business. Over time the client wants more and more from them – more hours, more responsibility, more work – and the sole trader obliges until he’s ceased working for other clients and works solely for this one business.

Then the recession hit. The restructuring was announced. The budget cuts happened. The new management team swept through the business and culled any contractors that don’t need to be paid out or given notice. After all, they’re easy to get rid of. The sole trader is let go just like that, and they’re all of sudden jobless.

The sad truth is that this is just one example of the many risks associated with contracting, freelancing and sole trading. And, it’s happening more and more than we think, particularly in today’s environment.

As more companies have started to use non-permanent outfits like engineering consultants and marketing freelancers for everyday needs, the lines between “permanent employee” and “contractor” have been blurred.

So, what are the differences between permanent and contract?

A permanent employee works for their employer of record. They receive superannuation contributions and leave entitlements, and are given notice if they’re to be “let go”. The employing company pays tax for its employee under a Pay As You Go (or PAYG) structure.

A contractor, freelancer and sole trader have to pay their own super, tax, potentially insurance and all other business overheads. A casual employee does not get paid entitlements. They don’t receive the security that comes with permanent employment. They run the business from beginning to end.

When a company chooses to contract out work to a sole trader, instead of employing a permanent worker, they’re subject to a whole different set of rules. It’s cheaper for them, they don’t h ave to pay super and other worker rights, and they can say goodbye to they’re contractor whenever the time suits.

Bigger corporations might bring on a contractor to work as many hours as a full-time worker because they’re understaffed and under-resourced. In this case, they may not realise the risk associated with doing so, or the danger they’re exposing their contractor to.

In light of the recent landmark Federal Court judgement, the risks for businesses with contractors deemed employees has made the stakes much higher. They could potentially be liable for back payments on super and entitlements for all they’re past and present contractors.

Many years ago, a client of mine had been working for a large firm for over five years, as a sole trader. They paid her well, on time, and she really valued the freedom of being able to take days off when she wanted. As time went on, she took on more hours with the company until this company was her only client. My client was not allowed to work for anyone else, under her client’s orders.

Then the unavoidable happened.

She was called into her manager’s office one afternoon to be informed she was “fired” from her position. Because she was only a contractor, she wasn’t entitled to an accrued payout of her holidays, redundancies and any other benefits a permanent worker enjoyed. But, her lawyer argued that because she was still entitled to these benefits, as she’d worked the same if not more hours as a full-time permanent worker. The company settled the matter out of the courts.

Having worked in the recruitment world for many years, I’ve seen similar mistakes occur all too often. These situations usually involved large firms threatening to sever ties if their contractor worked for anyone else. This behaviour crosses so many ethical boundaries. What would happen to the contractor’s livelihood if their sole client hung them out to dry so suddenly?

Contract or full time | How do we avoid these contractor risks altogether?

Any well-managed and professionally run business should recognise a contractor’s increased workload to warrant an offer of permanency, which would eliminate the risks associated with a contractor arrangement. If they’re not willing to back themselves in doing so, is it the kind of company you want to run?

At Australia PEO, we know how important job security is for not only local Australian workers. Speak to us today about how we can help your business transition to a more effective risk-averse employment strategy.

Hiring in Australia beyond COVID

When is the right time to switch PEO?

PEO support for the pandemic | how we can help